Estonian Minister of Health and Labor Jevgeni Ossinovski said that the European Union should have a joint alcohol policy that could help prevent damage caused by excessive consumption and the different alcohol policies of member states, writes LETA/BNS. 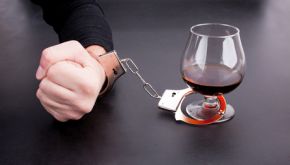 "It has been seven years since the adoption of the global agreement to minimize damage from alcohol consumption. All countries recognize the principles of it - a good alcohol policy is comprehensive, sustainable and cross-sectoral. In a united Europe - and that is my last and most important standpoint [in today's speech] - this means an alcohol policy on the European Union level,"Ossinovski said when opening a pan-European alcohol policy conference in Tallinn on Monday - writes baltic-course.com.

"There is no other option for implementing a global strategy in Europe," the minister said, admitting that achieving that goal is a long way away at present.

"But 20 years ago, nobody would also have believed that an EuropeanUnion tobacco directive would be in effect. But here we are now," Ossinovski said.

The minister justified the need for a joint EU alcohol policy with questions concerning cross-border trade and advertisement, which in today's world cannot be regulated within one country, and also the issue of labelling products that is within the jurisdiction of theEuropeanUnion.

The two-day conference titled "Cross-Border Aspects in Alcohol Policy - Tackling Harmful Use ofAlcohol" began at the Olympia Hotel in Tallinn on Monday, the participants of which include a number of top public health researchers and specialists from the EuropeanCommission, theWorldHealth Organization (WHO), Organization for Economic Cooperation and Development (OECD) and other organizations.

baltic-course.com
Health Estonian
If you notice an error, highlight the text you want and press Ctrl + Enter to report it to the editor
Telegram
WhatsApp
Your recommendation is submitted.
You have already recommended that.